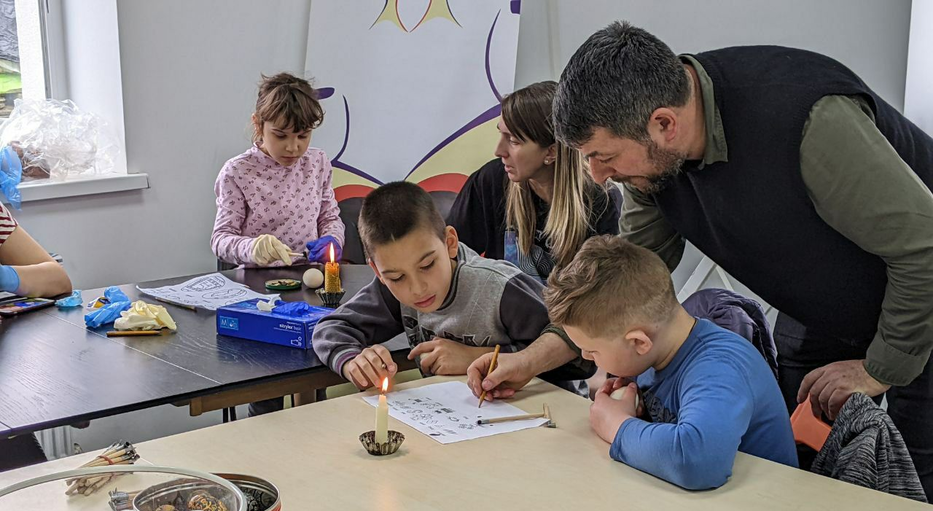 For almost a month our Care Center has been operating as a refuge for 30 women and children who left their homes because of the war and were looking for a place to live in Lviv.

After a month of war in Ukraine pressure had built in Lviv, as new people arrived and it was still too dangerous for those who came earlier to return to their hometowns and villages as they had planned. We began to search for a place which could offer longer-term security to mothers and children, and we found the perfect place! A large house owned by Plast, a scout NGO, had to change its purpose due to the situation in the country, and it became our new home for families affected by this terrible war.

"Families from Luhansk, Donetsk, Mykolayiv, Zhytomyr and Kyiv regions live here. They are very grateful for the opportunity to be safe and willingly join the workshops, excursions and activities that we organise in the center. We have helped children attend school by setting up laptops and time for study, and found employment for some of the women." says project coordinator Natalia Krushelnytska-Brunets.

The families who settled in the crisis center had already lived in hostels, where we rented beds for them. We selected the candidates for living in the center by taking into account the family’s financial capacity, needs, and plans for the duration of their stay in Lviv. Four rooms on the second floor serve as bedrooms, while the fifth room is used during the day as a quiet place to study, and for the security guard at night. There are two shower rooms and a spacious playroom for children. Children don't get bored as there are a lot of different games, table football and even a trampoline! 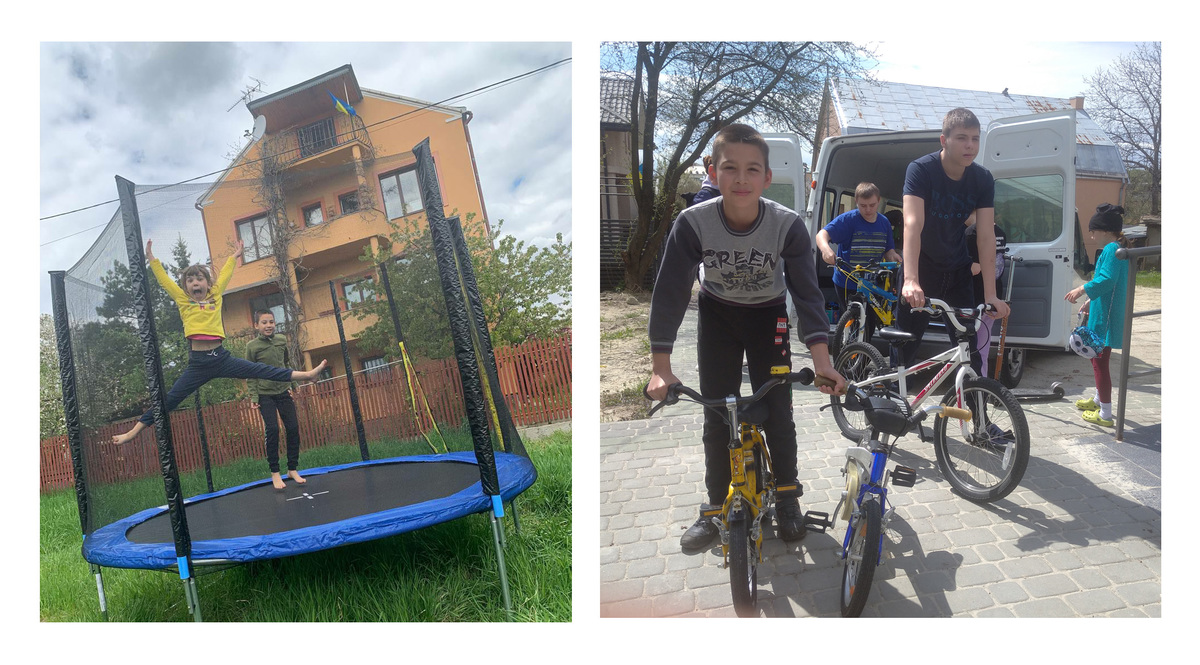 How else do we support the residents of the Care Center?

We sincerely thank everyone who donates to Care in Action as well as our volunteers who help in so many ways. We would like to recognise the special donations for the start-up of the centre from Green Cotton Group (Denmark), La Matrioshka Onlus (Italy), as well as friends and volunteers in Starnberg (Germany).

We hope that the Care Center will serve as a quiet haven for families who survived the storm of war and came to Lviv to wait for it to end. 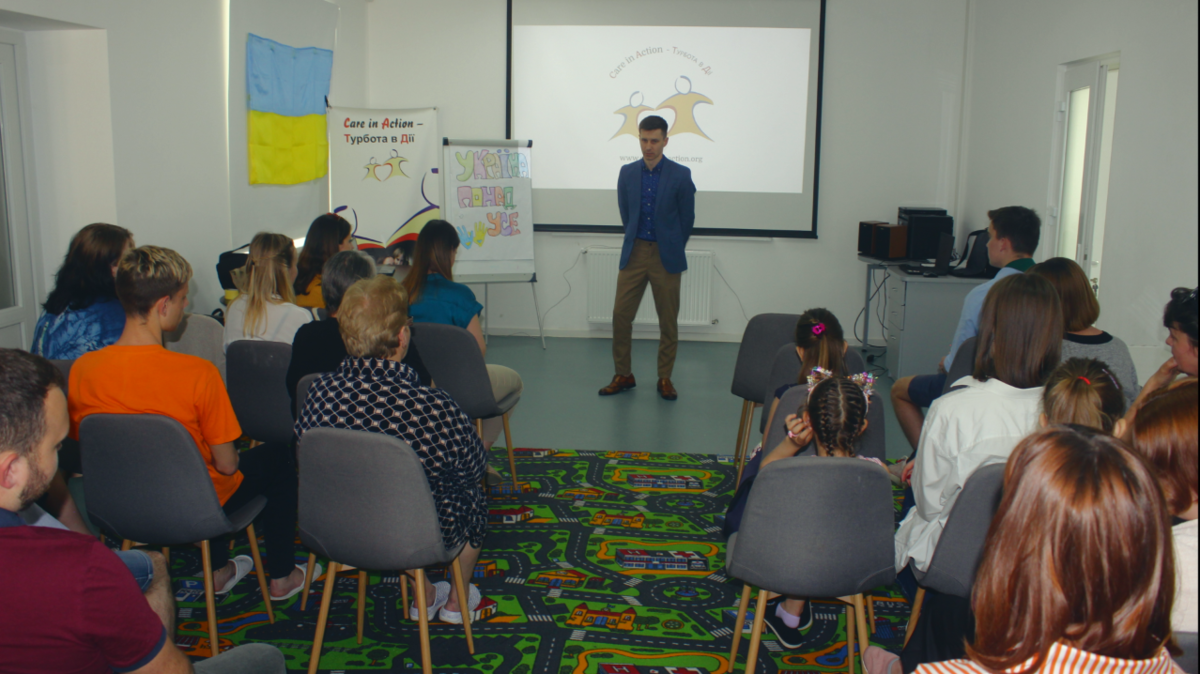 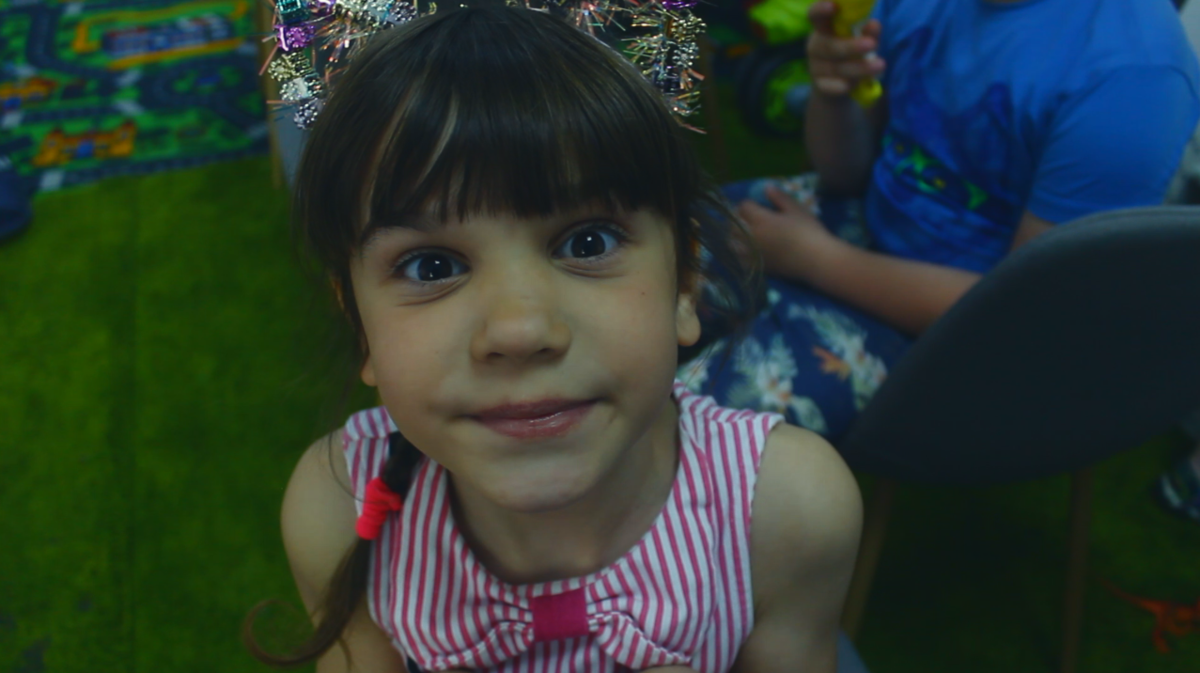 Your gift can change lives for the better. Donations enable us to fund the services and programs that strengthen, empower and prepare children in care to enter the working world and lead a productive, independent life.